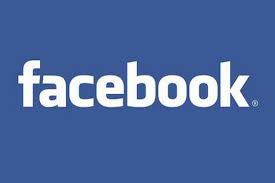 Facebook came in for considerable criticism recently when they revealed that, over a one week period in 2012, they conducted a study on 689,000 users. By filtering the status updates that appeared on individuals’ new feeds, the study set out to measure “emotional contagion”, a rather hyperbolic term for peer effects on the emotional state of individuals. The study concludes that Facebook users more exposed to positive updates from contacts in turn posted more positive updates, and less negatives ones, themselves. The result for those exposed to more negative updates was the opposite.

Some of the claims made by the study are open to challenge, but here I’m interested in the response to it. I’ll go on to argue that we should actually be grateful to Facebook for this study.

Criticism revolved around two interrelated themes: manipulation and consent. Of the first, Labour MP Jim Sheridan, member of the Commons media select committee, declared that “people are being thought-controlled”, and several news stories declared it “creepy”. The second response, as reported here, was led by academics highlighting clear differences between the ethical requirements they are required to meet when conducting research, and those the Facebook study adopted.

Without informed consent, it’s difficult not to see an attempt at mass emotional manipulation as creepy, so it is highly problematic that the study’s claim for consent is so weak. It states “Facebook’s Data Use Policy, to which all users agree prior to creating an account on Facebook, [constitutes] informed consent for this research”. This is simply nonsense. Even if we pretend every user actually read the Data Use Policy rather than just clicked past it (and how many of us ever read the Terms and Conditions?), this should have happened shortly before the study – rather than potentially as long ago as 2005 when Facebook first launched. Further stretching the definition of “informed” is the fact that the key sentence in the Policy comes at the bottom of a long list of things Facebook “may” use your data for. This solitary sentence – “internal operations, including troubleshooting, data analysis, testing, research and service improvement” – embedded in a 9,091 word document, may legally constitute consent, but from an ethical standpoint it certainly isn’t informed.

It is perhaps surprising, having said all this, that I think Facebook should be congratulated on this study. What they have managed to do is draw back the curtain on the increasingly huge impact that tech companies’ algorithms have on our lives. The surprising, and rather worrying thing, is that Facebook has done this inadvertently, whilst reporting on a study of social contagion. The really important ‘contagion’ revealed by this work is that of invisible filters and rankings in structuring our access to information online. The reason why this is worrying is that not seeing this controversy coming suggests Facebook are as blind to the social consequences of these processes as most of the public have been.

Despite the accusations of “creepy” manipulation, the only thing that is unique about what Facebook did in this experiment is that in reporting it they publically admitted that the processing they carried out was not done in the “interests” (as defined by Facebook) of the individuals involved. There are two issues here. The first concerns what is in the interests of the individual. For Facebook, and no doubt other tech companies relying on advertising income base on page views, this is defined as what people like (or ‘Like’ in Facebook’s case). In a healthy, pluralist society we shouldn’t only be exposed to things we like. Being a citizen in a democracy is a job for grown-ups, and important information is not always as immediately palatable as videos of cats on skateboards are. And what of serendipity, of finding interesting content from a novel source? Filters strip this away, in a manner which is entirely purposeful and almost always invisible.

The purpose behind these filters leads us to the second issue. Alongside their interest in keeping users satisfied, tech companies have, of course, their own commercial interests which at times may conflict with those of the user. Google, in a case that has been rumbling on since 2010, is facing sanction from the European Commission (EC) for altering the all-important ranking of websites so its own businesses appear at the top of searches. The ability to present information in a manner which favours the company at the expense of others – whether businesses or individuals – is available to any tech company which provides content to users.

As the tech sector matures, we may increasingly also see political interests shaping their actions. The ongoing ‘net neutrality’ battle in the US has brought to light that one of the biggest potential beneficiaries of abandoning neutrality – the Internet Service Provider Comcast – spent more on lobbying last year ($18m) than any other company except the arms manufacturer Northrop Grumman. In the Facebook controversy some critics have already raised the prospect of such filters being used to alter users’ emotional states during an election, in order to affect the outcome. Even the small effects described in the study could have huge impact given Facebook’s reach, as the study itself acknowledges: “an effect size of d = 0.001 at Facebook’s scale is not negligible: In early 2013, this would have corresponded to hundreds of thousands of emotion expressions in status updates per day.”

There was actually no need, in this case, to use such a poor approximation of informed consent. We shouldn’t though let that complaint obscure the bigger story here. It may have been by accident, but Facebook have, I hope, triggered a vital public debate about the role of algorithms in shaping our online lives.

As societies, we are currently a long way behind the curve in dealing with the possibilities for information manipulation that the internet offers. Of course information manipulation is as old as information itself, but users of a news website know that they are receiving a curated selection of information. We do not yet have such expectations about Google searches or the updates of our friends that Facebook makes available to us. We must then begin to think about how we can ensure such powers are not abused, and not rely just on one-off cases such as Google’s battle with the EC. The challenge of balancing public interest and commercial secrecy promises to result in a long battle, so it’s one that needs to begin now.

In my view, Facebook’s mistake was not in conducting such work, but in reporting it as a study of human behaviour, rather than of tech companies’ influence over us. Ethics are not set in stone, and must always be balanced with what is in the public interest. If there is sufficient benefit for society as a whole, it may be considered justifiable to transgress some individuals’ rights (as is the case, for example, when the news media reports on a politician committing adultery). As such, it could be that argued that Facebook’s study was actually ethical. For this to be the case though, Facebook would need to show an understanding of what the public interest actually is in this case.