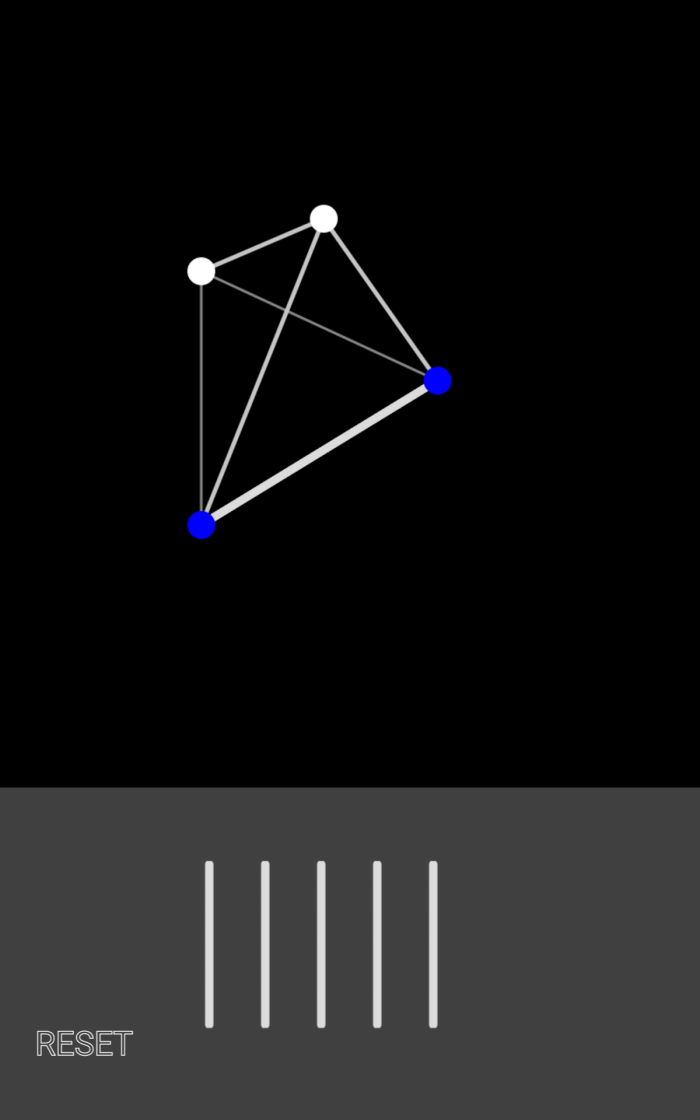 The Digitopia experience premiered on 12 February 2016 at Lakeside Arts Centre, Nottingham, alongside Digitopia the stage show. Digitopia is has been touring to 16 UK venues in total. It was developed in close collaboration with Nottingham-based Tom Dale dance company. Previous posts have covered the Digitopia Premiere and the collaboration with Tom Dale company and the initial design stages. Here we introduce the final stages of the development process.

Following on from the previous stages of the design, we saw opportunity to further improve the focus on the two characters of the show, Dotty and Hex, and improve interaction with musical effects in the interface. In addition, we incorporated mechanisms to manage the flow of people using the experience, and mechanisms to support the attending staff.

The figure above on the left shows the dots now highlighted in blue with the effects interface focussing on the dots rather then the entire pyramid. A reset button is located in the bottom left for staff but also players to cancel the current game state. The figure in the middle shows the overall time-out triggered after a set time of inactivity to automatically reset the experience to the default page. This was added to automatically minimise the sound causing disruption, if no-one was playing. The figure on the right shows the message that appears when a person has used the experience for more than three minutes. This was included to help parents and staff to manage the time anyone spent on the experience, without having to implement a hard cut-off. We hoped to support the social management of time spent playing through this technique.

These ideas where then mostly picked up in the final design. Three screenshots of the deployed Digitopia experience are included above.

In a future post we will introduce the web technology used.