The HoRRIzon project has been investigating potential policy impact of responsible research and innovation (RRI) and how it can become more prominent in the policy process. The following blog highlights key insights from discussions with the project’s advisory group and includes some thoughts on what would support making RRI in the policy area more actionable. We would like to express our thanks and appreciation to members of our advisory group for their contributions throughout the project.

The term “policy” is used in a lot of different contexts, and as such the discussion was kept as open as possible, with consideration to the individual institution, for example a university, in addition to national policy making.  To facilitate the discussion, we introduced a University of Nottingham-developed Policy Cards deck[1]. The cards proved useful to support overall structure and to inspire individual talking points.

When looking at the day-to-day work of many institutions (research, regulatory or industry) and how their policies are formed, it can be observed that the more reflective approach associated with RRI does not perfectly fit into existing practices. A more concentrated effort to promote RRI inspired reflection in these institutions is needed.

So how could this look?

One thing that became clear was that RRI needs to be included as early in the policy process as possible. Timing of embedding responsible practice within a project and its value were also key elements to RRI best practice, identified earlier in our research interviews and case study work. For responsible policy making, a greater awareness of RRI existence (e.g. concept, frameworks, tools) and its associated benefits needs to be developed. Some are institution driven, others are more individually developed. Institutions can help the awareness and use of RRI in their policy making practice by introducing prioritisation and resources, for example through preferential treatment or provision of internal funding where possible. In general, clear internal communication on the matter and its importance are fundamental to raising the awareness and use of RRI principles in an individual institution. The degree to what is possible varies greatly between different types of institutions, may they be a university, a public service, or a private organisation.  These institutions face different constraints in promoting RRI, varying from the length and amount of funding available to electoral cycles pushing priorities in different directions. It is these limitations that make it, among other things, difficult to introduce an ongoing, consistent approach to including RRI in the institutional policy making process. A way to address this could be through introducing more long-term financial planning in organisations, enabling a steady ‘programme approach’ rather than individual short projects. This however requires a wider perspective beyond regular everyday practices, and the lack thereof – either in capacity or awareness – makes reflective processes in policy making and other impact activities, often a secondary or third level consideration.

While in the public sector financial considerations are often the limiting factor, the situation may slightly differ in industry. Based on our collaborators experience, adherence to Responsible Innovation (RI) principles are often seen more as a way to improve one’s reputation as a company. They tend to be considered ‘down the line’ issues, considered after main issues, such as design or manufacturing. Rather than also focusing on introducing ‘pure’ RI practices in the industrial context, it is often more beneficial to link ethical approaches with other activities or topics that are often more established and known, such as sustainability or the environment. Enterprises are also more open towards new approaches when they can see the potential (financial) benefit or value of it. In the case of RI this can be done by linking RI practice to regulatory issues. Finally, it is important to remember that many companies are not completely free in their decision process. As such, important stakeholders – examples being investors or mother company’s – also need to be considered when trying to introduce RRI/RI practices in the private sector.

National policy making, while limited by election cycles often also face the issue of where to get the best, reliable, and more importantly available information from. Often policy makers are reliant on outside organisations and companies to provide data to base their decision making on. These organisations can have their own agendas, which may not support the responsible option to be the preferred one. Additionally, industry leaders are often consulted in legislative and regulative issues, being considered particularly knowledgeable. Again, it is uncertain whether or how ethical consideration may contribute to these individuals’ opinions. One step to promote a more balanced and potentially more responsible approach to collection of information in national policy making, could be to make it easier for the legislative to gain insights into specific areas or industries, without being overly reliant on companies’ cooperation. Furthermore, the lack of public awareness to ‘behind the curtain’ consultations that are part of the policy process is also a problem. One way to counter this, could be to introduce citizen assemblies – as found in Ireland or France.  Citizen assemblies are a collection of individuals selected to be representative of the wider population who get together to deliberate over a (policy) issue and give recommendations to law makers. Setting up citizen assemblies is however a costly and time intensive investment, which has been a deterrent (among others) to their introduction in the United Kingdom.

So, what can individuals do if the organisations they work in might not be able to support, or are not aware of, the benefits of introducing RRI/RI into the (institutional) policy making process? In this situation it is important to not wait for a general change in institutional practices, but to consider what one can do, or change as an individual and in one’s direct environment. One option would be to realise and consider the relevance of RRI/RI for one’s own work. In the academic context, this could mean the admission that perfectly “pure research” or “pure science”, does not exist.  Likewise, creating policy impact, e.g., through submissions of research evidence to regulatory /government bodies, can also be seen as an opportunity in practicing reflection using RRI frameworks.

If our discussion has shown one thing, it is that there is no “one fits all” approach for introducing and applying RRI/RI. Any framework and practice used needs to be tailored towards the institution and appropriate stakeholders identified and involved.

Yet even if institutions try to include and promote RRI/RI elements in their governance/policies, this does not always guarantee the quality of their implementation. Required “forced” RRI practice can easily run the danger of becoming a tick-box exercise, as expressed by the majority of the “hoRRIzon” research participants earlier in the project. One related example of how this can become the case, is the need to guarantee adherence and compliance with the UK Human Right Act in parliament. Here new legislature is provided with the affirmation that it is compliant with the Human Rights Act, without needing to give further evidence or reasoning. Simple adoption of RRI practices without further education of, and support from individual actors is thus not an approach that should be aspired to.

Rather than bringing change from the top or through the most publicly visible actors, it can instead be more beneficial to engage with less visible or lower bodies of an institution. Hence instead of asking for instance, Members of Parliament to start publicly debating RRI elements of a piece of legislation, it is more effective to have discussions with civil servants, who are less dependent on election cycles, and consider change on a more local level, through local councils or other public bodies that are subject to judiciary review, and thus have more interest in being responsive and being seen as responsible.

Here follows the advice voiced by our advisory group when discussing how to campaign for and with the principles of RRI. A big factor in the success of promoting RRI lies in finding ways to engage others in a tangible way, thus the exact tool used is important. Likewise, there is need to find a common language and understanding to be able to communicate with the target audience and stakeholders. This can be as simple as a change in terminology, e.g. the RRI/RI principles are known and considered in industry but applied using different terms. Not being aware of this can make further collaboration difficult. At the same time, it is better to focus on small changes at a local level first, before trying to change a larger system. This starts with oneself, but also requires a process including a certain level of anticipation of what is needed for the next step, and the ability to engage stakeholders as early as possible. Finally, when going against higher-up levels of decision making that impact one’s ability to fully apply RRI/RI practices to one’s work, it is important to understand how these factors can be influenced or challenged. One option could be trying to frame or label things in different ways, bringing them closer to the needs of being responsible and reflective in one’s work. 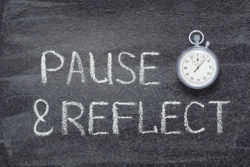 When considering the Digital Economy in particular, the best way to improve or strengthen the use of ethical approaches was deemed to be the introduction and continuous development of appropriate standards, and a standardisation hub to act as a central focus point. Furthermore, like in many other areas, numbers make a difference. So, institutional support to make it more interesting for everyone to join the discussion and practice of RRI/RI, along with other ethical approaches is crucial – as suggested by researchers that took part in our early studies. The hoRRIzon project team aim to facilitate this with ongoing and future work.  More on hoRRIzon 2.0 due soon!