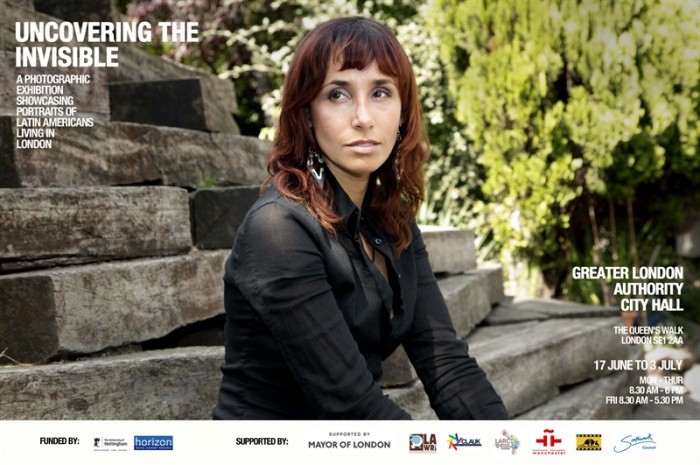 As part of the ‘Women in Latin America’ project, Horizon have been working in partnership with photographers Pablo and Roxana Allison, on The documentary photographic exhibition, Uncovering the Invisible: A Portrait of Latin Americans in the UK.

Uncovering the Invisible aims to support and progress official recognition of the Latin American community and to highlight and acknowledge its presence in the UK in order to reach equal opportunities, access to services and representation in parliament.

The exhibition which is currently touring the UK began in Manchester in March and is next scheduled to open to the public at London City Hall from 17th June – 3rd July 2014.

Featuring 22 photographs by sibling Mexican-British photographers Pablo and Roxana Allison, the exhibition aims to bring into focus this ethnic group within British society.

The exhibition is one of the first temporary exhibitions to experiment with the use of Near Field Communication (NFC). NFC is an emerging technology which, for instance, allows NFC-enabled mobile phones to access information embedded in smart tags. The experiment, designed by Dr Laura Carletti, a research fellow Horizon Digital Economy Research, aims at exploring how to enhance visitors’ experience through the seamless interplay of physical and digital spaces, and is part of the Horizon research on creative visiting.