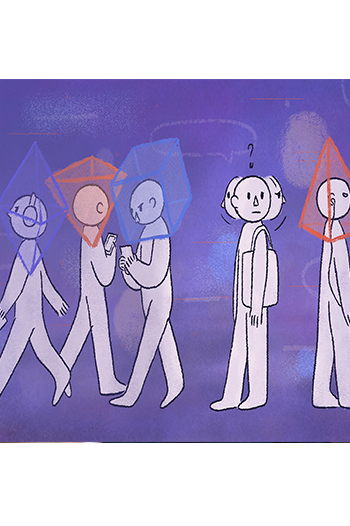 Towards sustainable public engagement via responsible recommender systems – An introduction

We are excited to be starting our Promoting Net Zero project ‘Towards sustainable public engagement via responsible recommender systems’.

Creating a net zero economy is going to require a lot of transitional and transformative policies, such as carbon tax and transitioning to electric vehicles. The UK Government has introduced several initiatives and cut off dates to support this challenge – the phasing out diesel vehicles 2025 and petrol vehicles 2030, reduced meat consumption, reduced deforestation and an increase in mining certain metals required for a greener economy. Many of these policies are not going to be popular, so how do we efficiently inform and inspire people to meet this cultural shift in order to achieve this goal? How do we tell people that they need to change the way they have been doing things or living their lives, without making them unhappy?

We first need to understand the challenges in communicating science driven policy and politics and how to make a step towards regulating one of the most power tools in the 21st century for disseminating information – recommender systems – and how these assign what information we are exposed to. Recommender systems play a key role in narrating information to which adults are exposed to. Therefore, this project will complement the Home: Zero Horizon project which focusses on understanding the role of children in engaging in the transition to a more sustainable lifestyle.

The first phase of this project involves trying to understand the formation of echo chambers (the effect of people only encountering beliefs or opinions similar to their own), the role of existing recommender systems in promoting echo chambers and opinion polarization, and how new policy information propagates when using recommender systems with different collaborative filers.

Most recommender systems consist of two components: (1) candidate generation which is an objective stage, based on document content and semantics and (2) collaborative filtering which is a subjective mechanism for pruning large amounts of the generated data and selecting on a top-K number of items. So, for example, a person using a retail or social media platform – controlled by a recommender system – submits a query to an engine which generates a page of ‘content-based recommendations’ – thousands of items that are similar or related to the query. This stage is relatively objective since its goal is content-based candidate generation often without many constraints. The next stage is collaborative filtering, which aims to prune the list down to reduce the number of items which are then fed back to the user.  Collaborative filtering is mostly motivated by user feedback and time spent on the platform. Hence companies try to cluster similar users and chose a small selection of their ’top’ items to relay back to ‘clusters’ – therefore the choice of items presented is very much reduced.

So why is this a problem?

Profit driven constrained collaborative filtering further ignites the existing echo chambers already embedded within society – even before social media – and this results in people being exposed to a lot less information.

To address this challenge, we will be exploring:

We know that children tend to be less influenced by existing social bubbles than adults, so the next stage of our work will address whether and how we can inspire them to act as drivers to support the family open mindedness and tolerance towards net zero changes and lifestyle.  We will work with our project partners, Makers of Imaginary Worlds, using an art installation they have created ‘Home: Zero’ (commissioned by Nesta and National Gallery X (The National Gallery and King’s College London), to study the potential of art experiences as both a means of engagement and tool, to stimulating tolerance towards changing to a net zero lifestyle.

With the findings of our two projects, we hope to better understand both the potential of children as influencers for positive change towards sustainable lifestyle, and the potential of regulated recommender systems to serve as an efficient tool for engaging and educating adults about net-zero policies.